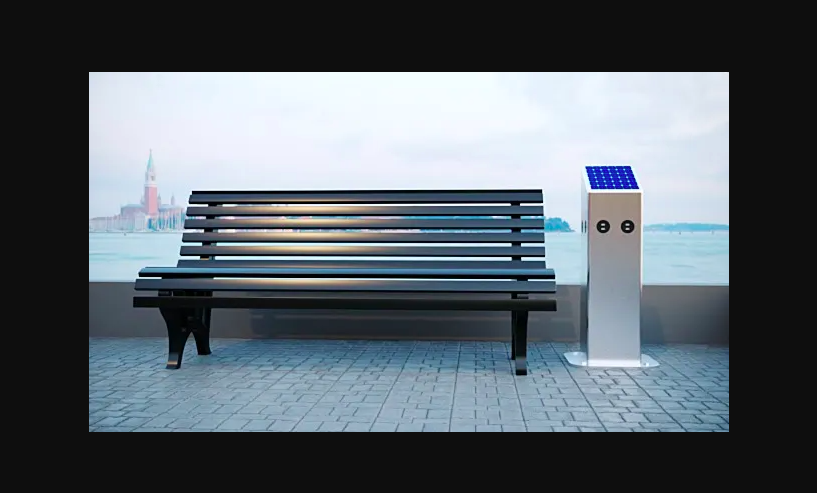 Solar Phone Charging Stations will hopefully be coming to a city near you soon. GrowCharge Inc. are trying to help communities with their GREEN Solar Phone Charger Station. They can easily be placed in parks, on city streets, at hospitals, schools, restaurants, outdoor pools & clubs, outdoor malls, golf courses, hiking trails and even in your own backyard. The Solar Phone Charging Hubs are also very helpful in emergency situations for neighbourhoods and shelters. Today’s focus is on 5 of the benefits that we really like about this compact solar phone charging station. We’ll also talk about why every city should implement these into their infrastructure.

One of the first things we looked at was portability and ease of set-up. The Solar Phone Charger weighs 40 pounds and it’s pretty easy to move around. It comes with 4 pre-drilled holes in the bottom to secure the unit in a permanent locations such as next to bus benches or outdoor areas at hospitals and malls. You can also use pegs to secure it to soft surfaces like grass for outdoor concerts, festivals and parties. For the setup, you just take it out of the box and start charging your devices.

The Solar Phone Charger Station comes pre-charged and charges devices at a quick 2.4 amps, the most that today’s smartphones will allow. It’s also waterproof, offers 12 charging ports and it measures just 10″(W) x 10″(D) x 36″ tall. It’s great for both residential and commercial use. If you’re looking for something a little larger, here are some other solar options that may fit the bill.

The Battle To Keep Your Devices Charged Is Real

The battle to keep your devices charged is real and can create anxiety. It always seems to be the absolute worst time when your battery moves into the red and you realize that your phone will die soon. Having reliable spots throughout cities and towns for people to charge their cell phones is already happening in places like NYC and is a growing trend across the country. With people being so connected to their phones these days it’s imperative that cities provide a phone charging service that is free for the public to use. Not everyone can afford afford the type of system that was implemented in NYC but there are other less costly solutions available.

One of the most vulnerable groups in today’s society are the homeless population. With approximately 50% of the homeless population having a smartphone, one of the challenges they have is finding a place to charge their devices. Common places to find power for the homeless include libraries, subway stations, restaurants and in some cases, they can find power on the street. Another problem is that if you are lucky enough to find an outlet, there’s a good change that someone else is already using it. And with so many public places being shut down due to Covid, it’s become even harder to track down a source of power for a dying phone.

The other issue is that pay phones have been disappearing in cities at an incredible rate . The homeless population are having to rely on smartphones to keep in touch with family and friends. They also use their devices to help track doctor and social worker appointments. Callbacks from homeless shelters are another reason that a charged phone is so important. It could be the difference between getting a warm bed and meal or not. Placing solar phone charging hubs around a city is a much needed service for some of our most vulnerable population.

Solar charging stations are slowly making their way onto college and university campuses. Some of the challenges are limited budgets and the high cost of some of the solar chargers on the market today. The Solar Phone Charger from GrowCharge Inc. solves this problem with its compact design and low cost. Most College and University buildings in the USA are 50+ years old. There just wasn’t the demand for power back in the 1970’s like there is today. The cost to upgrade a school today could be in the millions depending on its size so in most cases, it’s just not a viable option.

Solar Charging Hubs placed around campuses are a cost-friendly way to give students a GREEN option for charging their devices. Growcharge’s solar charging hubs charge devices quickly and they are an environmentally friendly way to charge up devices. A lot of states are now offer schools funding for GREEN projects like solar charging stations so students can more easily access power.

Natural disasters such as Wildfires, Flooding, Tornados and Earthquakes can be devastating. Even harsh winters like we’re seeing in Texas right now can be very hard on a population. And after the dust settles, communities can be without power and water for days and sometimes weeks. Solar Phone Charging Hubs can be pre-charged from a regular 110v outlet. Rescue teams could then drop them into communities or bring them to shelters so people can charge their devices. Much the same way that city crews drop off large water trucks so people will have fresh clean water. Stranded residents would have the ability charge up their devices and get in contact with families and loved ones. They could also get updates on relief efforts and shelter availability.

Where To Get A Solar Phone Charger Station

You can email info@growcharge.org or purchase directly from their website at www.growcharge.com or call 1-800-403-1560. GrowCharge have offices in the USA and in Canada and ship all over the world. 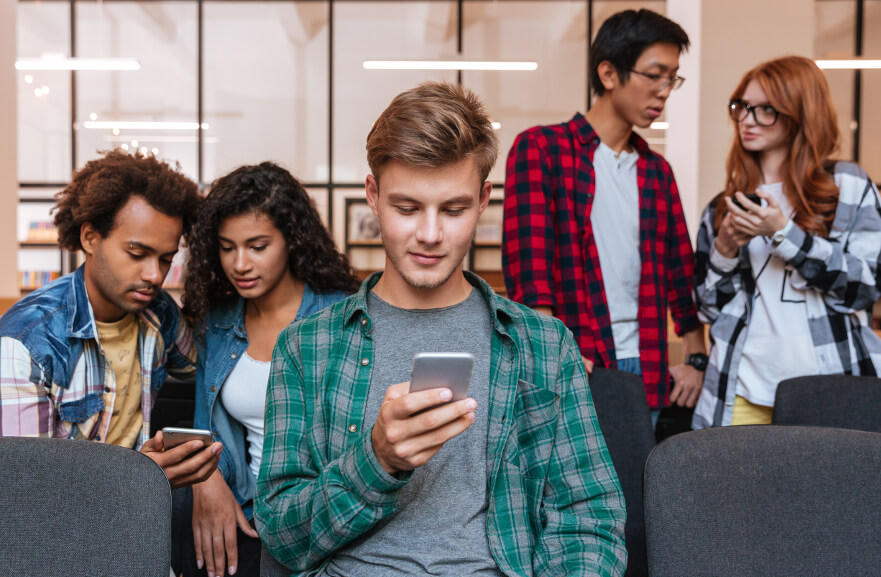 Re-Charging Stations For Schools & Colleges Charging Stations for Schools and Colleges are starting to become a real need for students. While it’s safe to say that the majority of us are addicted to our mobile phones, there’s one segment of the population where this holds true for more than others, college students. An estimated 60% of … Read more 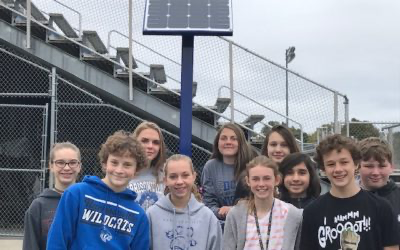 Government Grants For Solar Charging Stations Many of our clients receive government grants for solar powered charging stations. Apparently, they aren’t that hard to get. New & old Government Grants are available everyday and are available to just about everyone. We thought we’d show you how you can apply for a grant for your own … Read more

Every hospital really needs a phone charging station. According to the American Hospital Association, there are 35,158,934 admissions to U.S. hospitals annually. This number doesn’t account for the visitors each of those patients have during their admittance. With upwards of 92% of Americans owning a cell phone, it’s likely that the majority of those patients … Read more

Commercial Phone Charging Stations are the new free Wifi. You’ve probably run the numbers and you know the benefits of having a free to use charging station. Customers love being somewhere that allows them to power up their devices. Having customers stick around a little longer might mean more purchases. It may also lead to … Read more

Trade shows often take place in large convention centers where WiFi networks are usually overloaded and electrical outlets are hard to find. They are also where money is exchanging hands and business is taking place in increasingly mobile-fueled situations. The need for commercial charging stations has never been greater for trade show organizers, as mobile devices … Read more 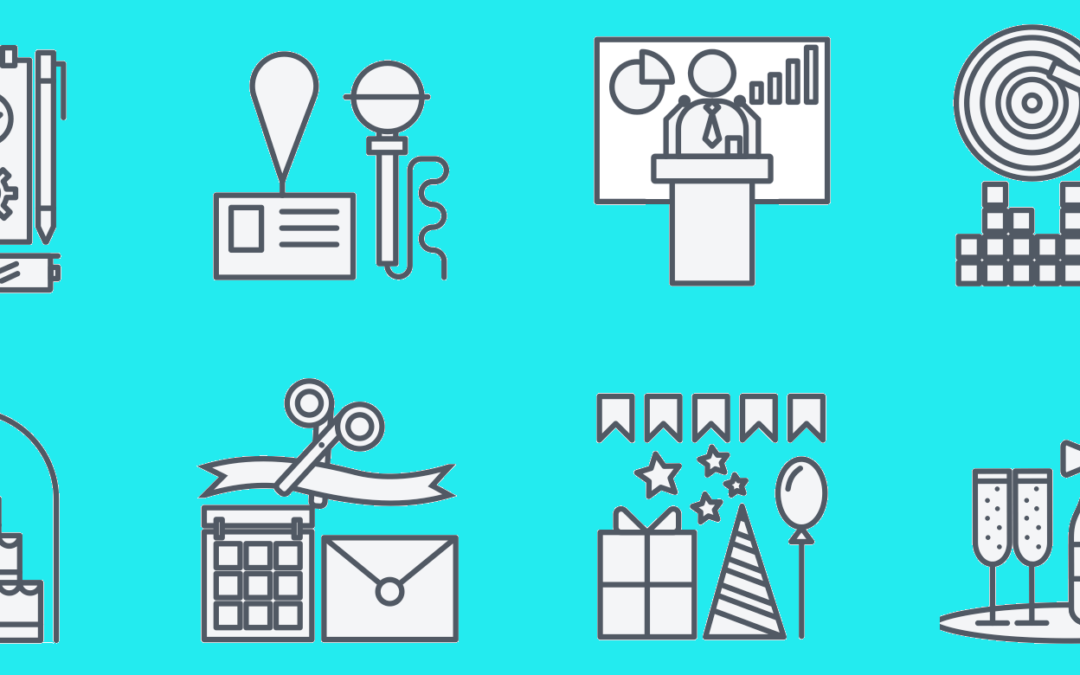 Marketing Agencies and Event Companies that tackle concerts, graduations, weddings, sporting events or speaking engagements are starting to see the increased need for mobile phone charging stations. Attendees are now expecting that venues and events will offer a way for them to charge their devices. if there aren’t any present, attendees can feel frustrated and … Read more 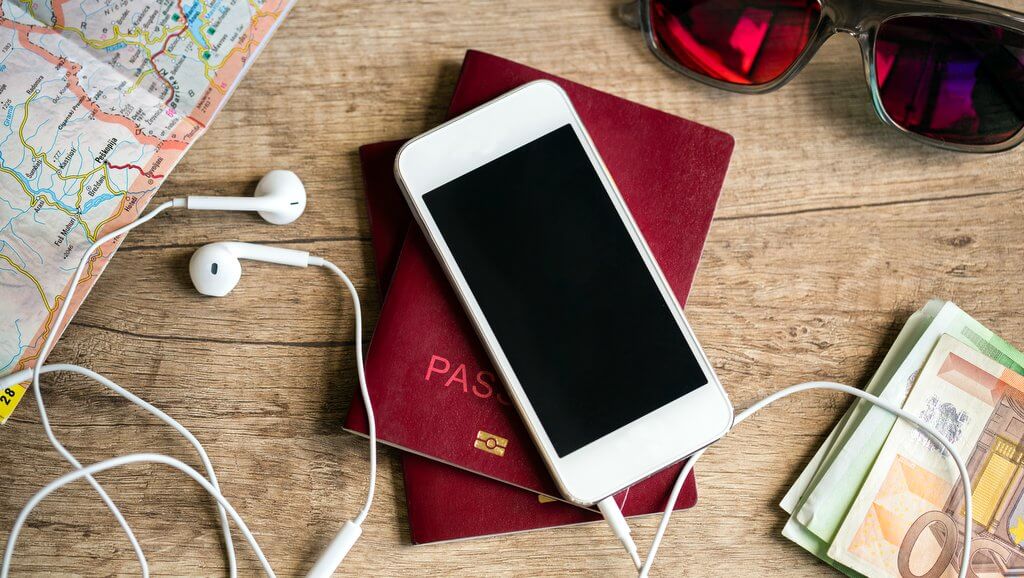 You’re getting ready to head out on a trip — what do you pack? Your bags are full of clothes for daytime and nighttime wear; and your carry-ons have your snacks & Magazines. What you might have forgotten to consider is additional gear for your phone? When you’re traveling, there are a few key phone … Read more

Your customer is looking through the dessert menu and his date is browsing the mixed drinks, but then he looks down and notices his phone is dying. Not the worst thing in the world, right? To him, he starts thinking about a potential emergency or tomorrow’s meeting that was up in the air – he … Read more